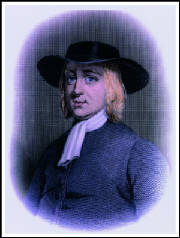 The Beginning of a Movement

It’s been said that anyone can start a movement – beginning with themselves. George Fox, a man barely in his twenties, did that in England in the 1650s. He grew up surrounded by social and political disturbances, and troubled by religious doubt. He was a Christian looking for something beyond the formal church teachings of his time, and his ideas attracted followers when people seeking something different heard of him.

What were those ideas? Simple but radical. A human being can have direct communion with God, without going through another human (a minister), an institution (the church), or a book (the Bible). Ordinary people can sit together anywhere in silent worship, seeking a Presence and listening for the voice of God, seeking Truth based on direct experience. Because each person has ‘that of God’ inside – a spirit of Christ, a Light – each is linked to God and each other. Outward differences in life become unimportant. All are equal, and can speak to ‘that of God’ in others. All life – all days, all places – is sacred.

The implications of these ideas were and still are far-reaching. Quakers would not carry weapons against another person, or pay taxes to support armies. Fox once wrote that he “lived in the virtue of that life and power that took away the occasion of all wars.” The early Quakers acted on the premise that love will work as a way of life, and championed the cause of the less fortunate the poor, dispossessed ,or jailed in those hard times.

A Quaker Meeting in the 17th Century.
(from A Short History of the English People by J.R. Green, 1893) 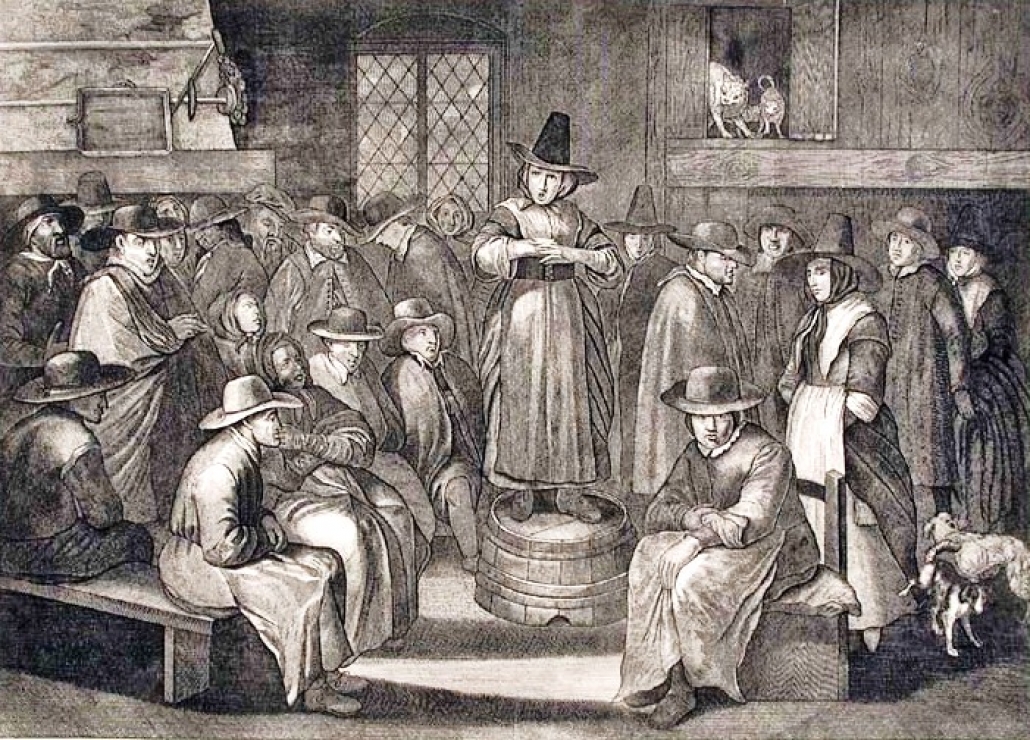 Believing all equal, Quakers refused to honour the custom of taking off their hats, bowing, or using the respectful ‘you’ (instead of the informal ‘thee or thou’) with folks of higher social rank. They wouldn’t use titles. All were called by their full or first names. They rejected the established church, actively stirred people against it, interrupted sermons, caused disturbances and were arrested. When brought to court, they refused to swear oaths on the Bible, stating that there was only one standard of truth, which was what they used daily anyhow.

Authorities considered Quakers dangerous heretics, imprisoned many, and took their property. Fox himself, Margaret Fell (often called the Mother of Quakerism), and many other early preachers, young and old, were all in the terrible prisons of the time. Late in life, George visited friends in Barbados, Jamaica, and the American colonies, while other Quakers went to Europe and the Middle East. Persecution only really abated in the 1700s.

As time passed, Quakers like John Woolman and Benjamin Lay became deeply concerned by the institution of slavery – believing it to be inconsistent with their testimony to equality – and worked for the cause of abolition. Many early suffragettes were Quakers, such as Lucrecia Mott and Elizabeth Fry, who also worked for prison reform. In the 1950s, Bayard Rustin, a Black and queer Quaker, introduced Martin Luther King to the Gandhian principle of nonviolence. Closer to the present, Canadian Quakers were the first Canadian Christian group to endorse gay marriage. A Quaker concern for peace and justice endures to the present, motivated by the conviction that there is that of God in equally.

Quakerism is now strong in many African and Central American countries. Its extent can be explored through Friends World Committee for Consultation. 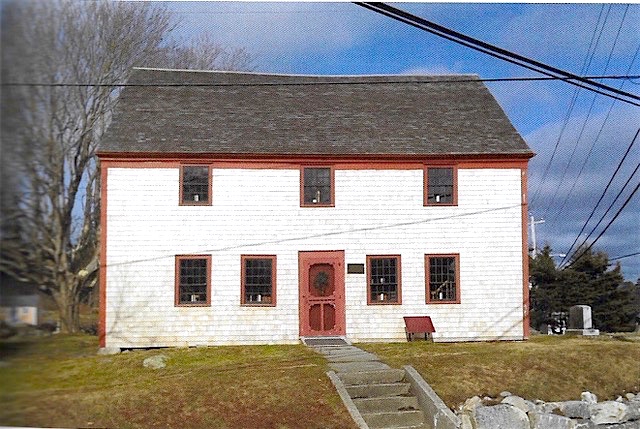 The first Quakers came to what is now Canada very early. Friends Mary Fisher and Hester Biddle travelled to St. John’s, Newfoundland twice, in 1656 and 1659.  In the 18th century, Quakers from the American colonies settled in the Atlantic Provinces, as well as southern and south-eastern Ontario.  More Friends came from Britain in the 19th century, and by the 1870s there were 7,000 Quakers in Canada, mostly in rural areas. Ontario remains our centre though there are now Meetings and Worship Groups from Victoria to St John’s to Whitehorse.

Now most members are ‘convinced’ Friends (added by their own request), rather than ‘birthright’ Friends (born into Quaker families). Since 1945, Quakers have continued to come to Canada: we welcomed some Friends who left the United States over its involvement in Vietnam.

In December 2014 the twenty-six different Monthly Meetings which make up Canadian Yearly Meeting had a total of 1085 members. Approximately 30% live in British Columbia and Alberta, 55% in Ontario and 10% in the Atlantic area. The rest are spread through the Prairie Provinces and Quebec. The largest Monthly Meeting has 139 members, but 14 meetings have fewer than 30 members. Regular “attenders” – who aren’t actually members of the meeting they go to but often take an active part-are important to us, and we count nearly 500 such Friends. Larger Meetings have a Meeting House; others meet in rented premises or homes. Our small administrative centre is in Ottawa.

We are a Religious Society of Friends. That has a comforting ring to it, and we do try to be both Friends of the Truth and friends to others. At larger gatherings, at family programs of Camp NeeKauNis (on Georgian Bay, Ontario); in Young Friends activities, at Yearly Meeting and in our individual Meetings, we cherish a sense of being part of a loving and supportive spiritual community. This we depend on for the strength to reach out and witness, regardless of our small numbers.

For more detail on the history of Quakers in Canada, see “A History of Canadian Yearly Meeting.”